To share your memory on the wall of Ruby Heald, sign in using one of the following options:

She was born to Charlie and Minnie Bray in Seminole County, Seminole, OK. She lived and was educated in Seminole and worked at Dougans ... Read More
Ruby Louise Heald was born March 30, 1925 and passed away at the age of 94 on February 19, 2020.

She was born to Charlie and Minnie Bray in Seminole County, Seminole, OK. She lived and was educated in Seminole and worked at Dougans Bros. Grocery store while she was in school. It was in Seminole that she met, and later married, Leonard O. Heald from Healdton, OK. Ruby and Leonard lived in Plains, TX, Denver City, TX, Durant, OK, and Crane, TX. They were happy to celebrate their 65th wedding anniversary together before Leonard passed away in 2007.

Ruby was elected and proudly served as County and District Clerk for 12 years in Yoakum County, Texas. She and her husband Leonard spent many years traveling and spending time in their favorite destination, Branson, Missouri.

Funeral services will be held at 2:30 pm on Friday, February 21, 2020, at the Shaffer-Nichols Funeral Home Chapel in Crane with Minister Mark Hackett officiating. Burial will follow in the Crane County Cemetery.

Ruby Heald was a woman like no other and will be missed by many.
Read Less

To send flowers to the family or plant a tree in memory of Ruby Heald, please visit our Heartfelt Sympathies Store.

Receive notifications about information and event scheduling for Ruby

We encourage you to share your most beloved memories of Ruby here, so that the family and other loved ones can always see it. You can upload cherished photographs, or share your favorite stories, and can even comment on those shared by others.

The Ladies (friends of JL, Suzanne, and Whitney) sent flowers to the family of Ruby Heald.
Show you care by sending flowers

Posted Feb 21, 2020 at 08:56am
I loved to talk to Ruby on our Sundays at Becky and Jerry's house. We all went over for a good meal. Ruby and I found out a lot about each other during these talks. I found Ruby to be a very loving and kind person. We bonded with each other during these talks. I knew she cared about me, and I really cared about her. I loved Ruby, and will miss her. Now I have no one to tell all my problems to.

Jerry and family, sincerest condolences on the passing of your sweet Mama. Here’s was a life well lived.
TW

The Ladies (friends of JL, Suzanne, and Whitney)

Posted Feb 20, 2020 at 05:45pm
Please accept our most heartfelt sympathies for your loss. Sending you all love and light!

The Ladies (friends of JL, Suzanne, and Whitney) purchased flowers for the family of Ruby Heald. Send Flowers

Flowers were purchased for the family of Ruby Heald. Send Flowers 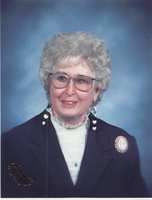