To share your memory on the wall of Ruben Peterson, sign in using one of the following options:

Our Pop opened many doors and closed a few as well. If not for his age, breaking his hip in 2016 and other health issues over the past several years he would still be game for pretty much anything as long as it included spending time with his family and loved ones. He was a fair man, but also a very firm and no nonsense man at the same time. There was a newspaper article written about him in the early 1990’s and the reporter noted that he was not rich, at least in money but that he was wealthy in family, friends and public service. Education, working hard and doing right was the desire and expectation he had for his children, and we would like to believe that we fulfilled these things and made him proud. We will miss his booming voice and laughter, his giant grin and his larger than life spirit. His lover for our Mama was deep, so much so that he followed her from this life to the next one, thirty (30) days after her passing. They are one, once again. Rest well Pop and catch one for us - “Gone Fishin”

Ruben “Cat” Peterson was the sixth (6th) child born to Ruben and Anna Bertha (Wellington) Peterson, Sr. in Brady, Texas o September 2, 1928. Ruben enlisted in the Army in 1945 and discharged in 1946. He was united in marriage to Mary Ruth Williams on January 22, 1955. Together they have eight (8) children who dearly love and miss them both. Ruben was preceded in death by his loving wife of 65 years, Mary Peterson; his parents, Ruben and Bertha Peterson, Sr., his sisters Ruby Ann Burnett, Gracie L. Williams, Amie Dell Lott; his brother Robert Peterson and sister in law Mary Jo Peterson, and his brother Sherman Peterson.

Haven’t I commanded you: be strong and courageous? Do not be afraid or discouraged, for the Lord your God is with you wherever you go. ~Joshua 1:9~
Read Less

To send flowers to the family or plant a tree in memory of Ruben Peterson Jr., please visit our Heartfelt Sympathies Store.

Receive notifications about information and event scheduling for Ruben

We encourage you to share your most beloved memories of Ruben here, so that the family and other loved ones can always see it. You can upload cherished photographs, or share your favorite stories, and can even comment on those shared by others.

April and Joel Feffer sent flowers to the family of Ruben Peterson Jr.
Show you care by sending flowers

The Evans and The Pauley Family

3 trees were planted in the memory of Ruben Peterson

Posted Jan 22, 2021 at 10:46am
May the peace which comes from memories of love shared and support of friends and family, comfort you now and in the days ahead.

Flowers were purchased for the family of Ruben Peterson. Send Flowers

Posted Jan 21, 2021 at 03:24pm
He was one of the the finest Men in Rankin.
Everyone loved him. You could always call on him for anything. I remember days of sitting at the Exxon station and just visiting w him and others from the class of 76.
Rest In Peace you Beautiful Soil.
René’ Taylor Basham
Comment Share
Share via:
LC

Posted Jan 21, 2021 at 01:11pm
Words can't express the greatness of Uncle Sonny and how much he was loved. Our thoughts and prayers are with you.

April and Joel Feffer purchased the Blooming Garden Basket and planted a memorial tree for the family of Ruben Peterson. Send Flowers 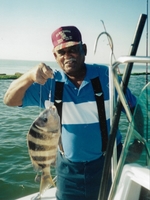