To share your memory on the wall of Rogelio Calanche, sign in using one of the following options:

He is preceded in death by his grandfather Ciro Calanche. He is survived by his mother, Abigail Aranda, and step-father, Alfredo Aranda Jr.; his father, Rogelio Luna Calanche Sr. and step-mother Adriana Calanche; grandparents, Israel and Ernestina Ramos and Martha Calanche; sisters, Jenny Nicole and Andrea Calanche; brothers, Aaron, Andrew, and Alexander Calanche. Along with many aunts, uncles, cousins, and friends.

Roy will always be remembered for his kind, forgiving soul that he shared to others, even when he was hurting. He never let his troubles affect him and the way he lived his life. His love for his family and friends was unmatched, always making an effort to tell others that he loved them. Roy was a loving son who would help his mother with bills and babysitting, while she worked multiple jobs to raise her three kids. Being the eldest of his siblings, they will always look up to him for being a strong, good brother who always took care of them and provided years and years of happy memories. Even those who tried to put him down, Roy would always overcome it, not letting that stop him from being a kind empathetic human being, who shared his love with others.

Roy spent his time pursuing his passion in music. He would often post his songs on SoundCloud as “GhoSid”. His hobbies included playing video games, listening to music, driving, being with his little brother and dog, and art. He was known for getting lost in his thoughts and pondering about the world and his place in it. He was an intelligent and brilliant man who blessed those around him with conversations and memories that will be forever stay with us.

Roy has been restless for years, dealing with medical problems and fighting an internal battle with his anxiety and depression. May he finally be at peace and find the eternal rest he deserves. He will forever live in our hearts and in Jehovah’s promise, we will see him and be reunited with him soon. “Do not be amazed at this, for the hour is coming in which all those in memorial tombs will hear his voice, and come out, those who did good things to a resurrection of life, and those who practiced vile things to a resurrection of judgment.” -John 5:28;29
Read Less

To send flowers to the family or plant a tree in memory of Rogelio "Roy" Calanche Jr., please visit our Heartfelt Sympathies Store.

Receive notifications about information and event scheduling for Rogelio

We encourage you to share your most beloved memories of Rogelio here, so that the family and other loved ones can always see it. You can upload cherished photographs, or share your favorite stories, and can even comment on those shared by others.

Diana Armenta, Linda Hinojosa de Lujan, and other have sent flowers to the family of Rogelio "Roy" Calanche Jr.
Show you care by sending flowers

Posted May 01, 2021 at 11:43pm
Roy, you will be missed and never more than a thought away, loved and remembered everyday! With Loving Thoughts, your Luna cousins in California

Linda Hinojosa de Lujan purchased the Dreams from the Heart Bouquet for the family of Rogelio Calanche. Send Flowers 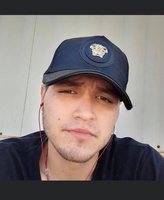 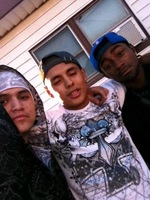 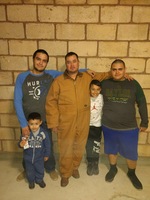