To share your memory on the wall of Louise Carll, sign in using one of the following options:

Louise was born on September 21, 1926, in Taft, Texas to Alfred E. Nelson and Dora Treptow Nelson. Her father, Alfred E. Nelson and mother, Dora Nelson, owned a dairy farm in Taft. Louise attended the Taft schools until she graduated from Taft High School at the age of 16 in 1943.

She attended the University of Texas at Austin for three years, graduating in 1946 with a Bachelor of Music Degree After Louise graduated from UT Austin, she moved to Evanston, Ill,, to attend Northwestern University. She graduated with a master’s degree in Music Education in 1949 from Northwestern.

From September 1949 through the end of the school year in 1951, Louise was band director for the Rankin schools. In September of that year, she married C. C. Carll of McCamey in Taft, Texas. He owned the News Publishing Company in McCamey. Louise worked for her husband at the News Publishing Company in McCamey for many years until he retired in 1980. Through the years, she taught private music lessons and was employed by the McCamey ISD as an aide to the band directors for seven years.

Louise resided in McCamey for 66 years. She loved her home in West Texas and had some great friends in McCamey. I know that she truly missed them while she was living in North Texas. She was a soft spoken woman who had a great attitude, even when she was having a difficult day or was sick. Many of her caregivers loved her and spoke of how kind and charming she was to them.

In lieu of flowers, memorials can be made to the National Kidney Foundation.
Read Less

To send flowers to the family or plant a tree in memory of Louise Nelson Carll, please visit our Heartfelt Sympathies Store.

Receive notifications about information and event scheduling for Louise

We encourage you to share your most beloved memories of Louise here, so that the family and other loved ones can always see it. You can upload cherished photographs, or share your favorite stories, and can even comment on those shared by others. 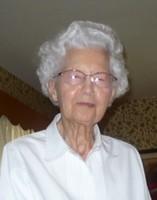