To share your memory on the wall of Lonnie King, sign in using one of the following options:

Print
Lonnie L. King passed from this life to life eternal on Friday evening December 13, 2019. His family held hands and were praying for him minutes before his passing.

Lonnie was born on September 21, 1930 in Fredrick, OK. He grew up on a f... Read More
Lonnie L. King passed from this life to life eternal on Friday evening December 13, 2019. His family held hands and were praying for him minutes before his passing.

Lonnie was born on September 21, 1930 in Fredrick, OK. He grew up on a farm picking cotton with his family. He joined the U.S. Army in 1950 during the Korean War. While in the Army, he was a Radar Technician stationed in Baumholder, Germany.

After returning from duty, he reluctantly attended the Monahans Baptist Church in Monahans, TX. After much persistence and prayer Lonnie accepted Jesus Christ as his personal Lord and Savior. Later he became the Youth Leader of the church and after attending a Regional Youth Meeting held in Crane, TX, God began to call him to Spain. After graduating from Bible Baptist Seminary in Ft. Worth, Lonnie would go on to become a full-time missionary to the country of Spain for 44 years.

Lonnie was the first independent Baptist missionary in modern times to serve the Lord in the country of Spain. Because of the gospel persecution under the Dictatorship Francisco Franco, Lonnie secretly smuggled bibles across the Pyrenees Mountains between France and Spain.

On his first furlough he married Jo Ann Brown and took her on a honeymoon cruise to the Canary Islands where they founded a church in Tenerife. In 1967, Lonnie and Jo Ann adopted their only son, Tim. Lonnie started and helped found many works in Spain during his ministry. All in all, he served his Lord actively for over 60 years. Lonnie was always the first to volunteer and the last to leave. He was a faithful servant who put the Lord and His Word first in his life. Many of his colleagues recognize that he was a servant at heart and one that you could always count on.

Lonnie and Jo Ann were married for 57 years and truly enjoyed life together. He loved the ministry and his family, especially his grandchildren and great grandchildren. Lonnie’s health began to decline a few years ago and had to be moved to Focus Care in Crane.

Lonnie had 6 siblings, brothers Ray King, Dean King, Sisters Faye Billups and Trudie Kretzinger. He is preceded in death by his parents and two brothers.

Lonnie’s soul is rejoicing in the presence of the Lord whom he dearly loved and served faithfully. A viewing will be held on Wednesday the 18th at the Shaffer-Nichols Funeral Home in Crane, TX. A Celebration of Life will be held at the Tabernacle Baptist Church, 207 W. 5th Street in Crane, TX. On Thursday the 19th at 2:00 P.M. Any donations can be designated “Missions” to Tabernacle Baptist Church in Lonnie King’s name.
Read Less

To send flowers to the family or plant a tree in memory of Lonnie L. King, please visit our Heartfelt Sympathies Store.

Receive notifications about information and event scheduling for Lonnie

We encourage you to share your most beloved memories of Lonnie here, so that the family and other loved ones can always see it. You can upload cherished photographs, or share your favorite stories, and can even comment on those shared by others.

Posted Dec 18, 2019 at 06:19pm
Lonnie King was fellow servant of the Lord in Spain and co-founder of the church I currently pastor in Murcia, Spain. Started in 1995 by Lonnie and Tim, his son, it continues to this day. We worked together for many years until the Lord moves them back to the States in 2004. We rejoice in the souls that were impacted and the churches that were started by this humble man. I envy the joy he is experiencing now.
Comment Share
Share via:
JM

Posted Dec 17, 2019 at 02:13pm
Before Lonnie went to Spain he stayed several weeks in our home in Orlando while raising support in the state of Florida. A great missionary we will always remember. Praying for the family.
Comment Share
Share via: 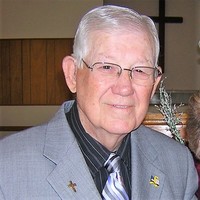