To share your memory on the wall of Lenwood Tarpley, sign in using one of the following options:

In April of 1962, at the age of 22, he completed basic training for the United States Army in Ft. Chaffee, Arkansas where he was an honor graduate in the U.S. Army training center. He then was stationed in Germany. In November 1963 following the assassination of President John F. Kennedy, he was posted at the Germany border as a border guard. He was with the Howitzer Btry, 2nd sq. 14th armored cavalry. He was honorably discharged on March 31st, 1968.

From 1965-1970 he worked as a grocery clerk at Webb’s Grocery. In 1971 he opened an Exxon station followed by an ARCO Station in 1972. In 1979 he opened Lenwood Tarpley, Inc. in 1984 he opened T&T Pipe & Supply with his brother Leon, which is still in operation today, now owned by Leon Tarpley. In 1988 he opened Tarpley’s Fina Service Station.

On December 26th, 1968 he married the love of his life, Sibyl Bargsley in Crane, TX. They just celebrated their 51st wedding anniversary on December 26th, 2019. They had one son, Lenwood Tarpley Jr, born September 14, 1969 and two grandchildren, Lauren Elizabeth Tarpley and Kaleb Len Tarpley.

Lenwood loved fishing, woodworking, playing with and spoiling his grandchildren, walking his dogs, and writing poetry.

Lenwood was proceeded in death by his parents, Leonard and Lavern Tarpley and siblings Lou Ann Kennedy and Ronald Tarpley. He is survived by his wife Sibyl Tarpley, son and daughter-in-law Lenwood Jr and Lorri Tarpley, grandchildren Lauren and Kaleb Tarpley and several step grandchildren. He is also survived by brother, Leon and wife Peggy Tarpley, brother, Leonard and wife Toni Tarpley, sister Barbara and husband Walter Leach, sister Pamela Tarpley, Brother in law, Kim and wife Connie Bargsley and many beloved nieces and nephews.

Graveside services will be held at 2:00 pm on Saturday, January 18, 2020, at the Crane County Cemetery. Services are under the care and direction of Shaffer-Nichols Funeral Home.
Read Less

To send flowers to the family or plant a tree in memory of Lenwood Tarpley Sr., please visit our Heartfelt Sympathies Store.

Receive notifications about information and event scheduling for Lenwood

We encourage you to share your most beloved memories of Lenwood here, so that the family and other loved ones can always see it. You can upload cherished photographs, or share your favorite stories, and can even comment on those shared by others.

Posted Jan 16, 2020 at 04:57pm
Please accept our most heartfelt sympathies for your loss... Our thoughts are with you and your family during this difficult time.

Economy/ELIMS family purchased the Sentiments of Serenity Spray for the family of Lenwood Tarpley. Send Flowers 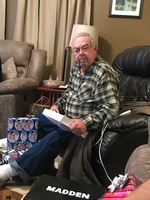 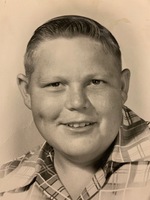