To share your memory on the wall of Kathleen Wheeler, sign in using one of the following options:

Kathleen was born October 4, 1923 in Goldthwaite, Texas. She was the older of two daughters born to Lois and Haralson Wheeler. She moved to Rankin with her family in 1928. ... Read More
Wilma Kathleen Wheeler died December 5, 2020 in Rankin, Texas.

Kathleen was born October 4, 1923 in Goldthwaite, Texas. She was the older of two daughters born to Lois and Haralson Wheeler. She moved to Rankin with her family in 1928. Kathleen graduated from Rankin High School in 1940 and then attended Sul Ross University for two years. Because of a severe shortage of teachers due to World War II she returned to Rankin to teach for two years before completing her work for her degree from Sul Ross in 1945. She also attended Texas Women’s University and the University of Southern California. Kathleen also taught in Carlsbad, New Mexico and Lubbock, Texas before moving to Dallas in 1948 to work as an Assistant Buyer for Neiman Marcus. In 1953 she returned to teaching in the Dallas Independent School District where she taught until her retirement in 1983. She taught a total of 36 years and said she was always anxious for September to come so she could begin another school year. Kathleen loved to travel and visited over 45 U.S. states. She also traveled over much of Canada and Europe.

Kathleen was preceded in death by her parents and her sister, Norma Norris. She is survived by a number of cousins including Juanita and Billy Ross Wheeler of Ft Worth, Texas. She is also survived by many beloved friends.

To send flowers to the family or plant a tree in memory of Kathleen Wheeler, please visit our Heartfelt Sympathies Store.

Receive notifications about information and event scheduling for Kathleen

We encourage you to share your most beloved memories of Kathleen here, so that the family and other loved ones can always see it. You can upload cherished photographs, or share your favorite stories, and can even comment on those shared by others. 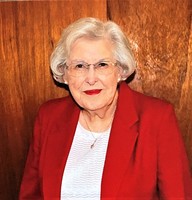