To share your memory on the wall of James Timmons, sign in using one of the following options:

Print
James Douglas Timmons went to be with Our Lord and Savior on March 19, 2020, surrounded by his girls and other family members.

James was born on June 30, 1951, to James Leon and Dorothy Timmons in Freemont, Texas. James spent the majori... Read More
James Douglas Timmons went to be with Our Lord and Savior on March 19, 2020, surrounded by his girls and other family members.

James was born on June 30, 1951, to James Leon and Dorothy Timmons in Freemont, Texas. James spent the majority of his life in Crane. He worked as a mechanic and truck driver. He married the love of his life, Pat, on February 11, 1970. Together they raised their 4 daughters and many others. James and Pat enjoyed chili and BBQ cookoffs, camping, and spending time with family.

To send flowers to the family or plant a tree in memory of James Timmons, please visit our Heartfelt Sympathies Store.

Receive notifications about information and event scheduling for James

Print
Due to the current situation, the family will be having a Private Service at this time.

We encourage you to share your most beloved memories of James here, so that the family and other loved ones can always see it. You can upload cherished photographs, or share your favorite stories, and can even comment on those shared by others.

Sally Dodd, Bill and Ronda Evans, and other have sent flowers to the family of James Timmons.
Show you care by sending flowers 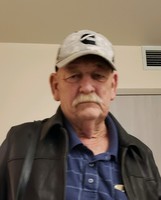