To share your memory on the wall of Eliseo Aguilar, sign in using one of the following options:

Print
Eliseo “Cheo” Gandara Aguilar was born on June 14, 1941 in Cotulla, Texas to Encarnacion “Chon” and Martina Aguilar. Eliseo went to be with our Lord and Savior on May 3, 2020 after 78 years of life here on this earth.

On Februar... Read More
Eliseo “Cheo” Gandara Aguilar was born on June 14, 1941 in Cotulla, Texas to Encarnacion “Chon” and Martina Aguilar. Eliseo went to be with our Lord and Savior on May 3, 2020 after 78 years of life here on this earth.

On February 12, 1965, he married Vicky, his wife of 55 years. They lived in Cotulla for 7 years before moving to Crane in 1972. He was a welder/fabricator and worked for Tubeco Steel for 20 years and then worked for National Foundry until he retired in 2012. Eliseo enjoyed outdoor cooking, playing his accordion, hunting, fishing and spending time with family and good friends. He was well known for his musical talents with the accordion and the bajo sexto (sixth bass string guitar) which he learned to play when he was very young. He had many talents and did a lot for many people. He was loved by his children and grandchildren very much. He will be deeply missed by all but will be forever in our hearts.

He is survived by his wife Vicky Aguilar of Crane, son Eddie Aguilar and wife Adel of Odessa, daughter Elvia Sanchez and husband Juan of Odessa, daughter Elsa Smith and husband Jason of Canton, sisters Maria Elena Yañez and Alicia Maldonado of Cotulla and Louisa Ybarra of Alpine. His Grandchildren Michael Arista, Stephen Arista, Stefanie Lewis, Kassidy Hinojos and Aaron Aguilar all of Odessa, Celeste Crawford of Hubbard and Ivan Smith of Canton with 13 great grandchildren and 2 great granddaughters on the way.
He was preceded in death by his parents Encarnacion “Chon” and Martina Aguilar, son Eliseo Aguilar Jr. and granddaughter Sianna Mylene Villegas.
Read Less

To send flowers to the family or plant a tree in memory of Eliseo G. "Cheo" Aguilar, please visit our Heartfelt Sympathies Store.

Receive notifications about information and event scheduling for Eliseo

We encourage you to share your most beloved memories of Eliseo here, so that the family and other loved ones can always see it. You can upload cherished photographs, or share your favorite stories, and can even comment on those shared by others. 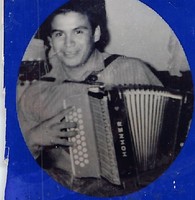 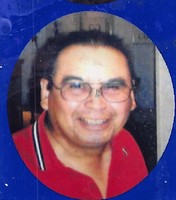 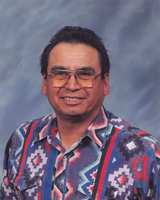