To share your memory on the wall of Donnie Anderson, sign in using one of the following options:

Print
Donald Erwin Anderson of Hobbs, NM, joined the Lord on November 9th, 2020. Graveside services will be held Saturday, November 14th, at 2:00, at the McCamey Cemetery in McCamey, Texas.

Donnie was born on January 14th, 1953 in Uvalde, Texa... Read More
Donald Erwin Anderson of Hobbs, NM, joined the Lord on November 9th, 2020. Graveside services will be held Saturday, November 14th, at 2:00, at the McCamey Cemetery in McCamey, Texas.

Donnie was born on January 14th, 1953 in Uvalde, Texas to Donald and Marjorie Anderson. After birth his family moved to Sanderson, TX where he lived until the 5th grade. They then moved to Eaglepass, TX where he spent many years of his childhood. When he was a sophomore in high school, they moved back to Uvalde where he graduated high school in 1971. Donnie then moved to Lubbock where he attended Lubbock Christian University. During his time in college, he worked in Oklahoma at a feedlot and for a construction company in San Antonio. He graduated with an Agriculture degree in 1975. After graduation, he began a long career in the oilfield working in McCamey, Odessa, and Hobbs.

Donnie loved the Lord and lived in accordance to His will. He had great knowledge of the word and studied diligently. He was a loving husband, supportive and patient Dad and Papa. He was a hard worker, and he led by his example. He was a good business man and took on several business endeavors. Donnie was highly respected in his field as a professional. He was a mentor to many. Always the person to go to when you had questions. He was a wealth of knowledge and wisdom. He was known for his kind demeanor and his gentle nature. Donnie was known to never utter a harsh word.

His hobbies included working at the ranch, spending time with his family, hunting, skiing, exercising, and eating mexican food. Overall, he enjoyed life.

Donnie is survived by his beloved wife, Cody Anderson and two daughters, Cristin Carranco and Katy Anderson. He will be greatly missed by his son in law, Carlos Carranco, three grandchildren, his mother Marjorie Anderson, and two sisters Connie Cannon, and Cathy Wallis.

Family and friends will deeply miss him. We will use his strength and resilience to inspire us to be greater people.
Read Less

To send flowers to the family or plant a tree in memory of Donnie Anderson, please visit our Heartfelt Sympathies Store.

Receive notifications about information and event scheduling for Donnie

We encourage you to share your most beloved memories of Donnie here, so that the family and other loved ones can always see it. You can upload cherished photographs, or share your favorite stories, and can even comment on those shared by others.

The Larry McFarlin Family-Sherry and Nikki and Jim and John and Jeanine Graham sent flowers to the family of Donnie Anderson.
Show you care by sending flowers

The Larry McFarlin Family-Sherry and Nikki and Jim

Posted Nov 13, 2020 at 04:00pm
Dear Cody and Family, We send our deepest sympathy and prayers for comfort and strength on this journey. Blessings and hugs,

The Larry McFarlin Family-Sherry and Nikki and Jim purchased flowers for the family of Donnie Anderson. Send Flowers

Posted Nov 13, 2020 at 11:00am
We are deeply sorry for your loss. Love and blessings during this difficult time. Love, Donnie, Angela and DW Hill, Jr.

Flowers were purchased and a memorial tree planted for the family of Donnie Anderson. Send Flowers

Posted Nov 13, 2020 at 10:17am
I'm going to miss our ski trips together and Donnie's breakfast cooking skills. May God comfort your family during this time.

John and Jeanine Graham purchased flowers and planted a memorial tree for the family of Donnie Anderson. Send Flowers 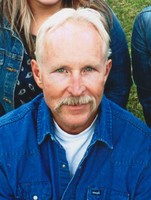