To share your memory on the wall of Delbert Matlock, sign in using one of the following options:

Delbert was born on August 10, 1935, in Quincy, Kansas to Jesse Hubert and Ethel Booth Matlock. He graduated from Lamo... Read More
Delbert Matlock, 85, of Crane, went to be with his Lord and Savior on Friday, October 23, 2020, in Odessa, Texas.

Delbert was born on August 10, 1935, in Quincy, Kansas to Jesse Hubert and Ethel Booth Matlock. He graduated from Lamont High School in Lamont, Kansas and joined the National Guard.
He married the love of his life, Shirley Jean Bryant on May 12, 1957. They moved to Crane in 1965.

He began his career in the oilfield with Sinclair on October 22, 1962 and retired from ARCO Oil and Gas BP on March 31, 1995. Delbert was active for many years in the Crane 4-H program and was instrumental in helping and teaching numerous kids about taking care of their animals. Delbert had a love for animals of all types. He was known for raising the best hogs and chickens, and even raised honeybees for a while. Delbert was an excellent hunter, and for many years he was always at the deer lease with Shirley for most of hunting season.

Delbert had been active in the Girl Scouts of America when Kathi was younger, and a member of Oddfellows in his younger days. Delbert was especially known for his gardening skills. He had the best garden every year. He was always so generous to share with everyone what he had raised. Delbert was a Christian and a member of the First Baptist Church in Crane.

He is survived by his wife of 63 years, Shirley Matlock of Crane; daughter, Kathi Warren of Crane; grandson Matthew Warren and his wife Marissa of Andrews; granddaughter, Jaice Salcedo and her husband Rodolfo of Crane; and 6 great grandchildren. He is also survived by three sisters, Doris Crowell of Springfield, MO, Ann Garr of Waxahachie, and Betty Griffith of Eureka, KS.

The family has requested a private service. Burial will be held in the Crane County Cemetery. Pallbearers will be Matt Warren, Rodolfo Salcedo, Kenneth Abbott, Lance Abbott, Jordan Nichols, and Kelly Nichols.
Arrangements are under the care and direction of Shaffer-Nichols Funeral Home of Crane.
Read Less

To send flowers to the family or plant a tree in memory of Delbert Matlock, please visit our Heartfelt Sympathies Store.

Receive notifications about information and event scheduling for Delbert

Print
The Family has requested that all Services be private.

We encourage you to share your most beloved memories of Delbert here, so that the family and other loved ones can always see it. You can upload cherished photographs, or share your favorite stories, and can even comment on those shared by others.

Posted Oct 25, 2020 at 04:09pm
Delbert could make those Mcelroy wells give up all the oil and gas they had every day. I loved working with him and enjoyed his can do attitude! He produced the best honey from good old West Texas that I ever had the pleasure to enjoy. You are truly missed Delbert and may you rest in peace. Phil Reid and family
Comment Share
Share via:
K 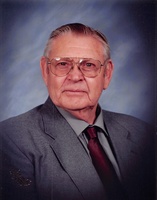