To share your memory on the wall of Bonnie Hicks, sign in using one of the following options:

Bonnie Hicks, passed away on September 1, 2020 at Midland Medical Lodge in Midland, Texas. She was born on February 1, 1940 in Dennis, Oklahoma to James Woodrow and Lena Delma Cooper.

Bonnie Hicks, passed away on September 1, 2020 at Midland Medical Lodge in Midland, Texas. She was born on February 1, 1940 in Dennis, Oklahoma to James Woodrow and Lena Delma Cooper.

Bonnie Moved to Pampa, Texas when she was about 4 years old. She moved to Roseburg and then Klamath Falls, Oregon when she was about 6 years old. Her family moved to Hobbs, NM about a year later and then on to Eunice, NM where she attended 2nd grade. Her dad got a job for El Paso Natural Gas the next year in Jal, NM so she lived and attended school there from 3rd grade through high school.

Bonnie married Leon Wayne Hicks in 1956 and shortly after moved to Crane, Texas where they lived until retiring in Del Rio, Texas in 2012. They were married for 61 years. Bonnie was a member of the Tabernacle Baptist Church in Crane, Texas many of the years she lived there. She loved doing anything with family and attended as many activities of her children and grandchildren as she could.

Bonnie is survived by her children Debra Jones and her husband Rick Jones of Van, Texas, Donna Roussarie and her husband Rodney Roussarie of Midland, Texas, and Randy Hicks and his wife Hettie Hicks of Seminole, Texas; her brother Jack Cooper of Okay, Oklahoma and sister Kayleen Tuttle of Arlington, Texas; 11 grandchildren and 11 great grandchildren.

Bonnie was preceded in death by her parents James and Lena Cooper, husband Wayne Hicks, and son Rusty Hicks.

Services will be held at the Crane County Cemetery on Friday, September 4, 2020. The family has requested private services only. Arrangements are under the care of Shaffer-Nichols Funeral Home.
Read Less

To send flowers to the family or plant a tree in memory of Bonnie Jean Hicks, please visit our Heartfelt Sympathies Store.

Receive notifications about information and event scheduling for Bonnie

Print
The Family Has Requested a Private Graveside Service.

We encourage you to share your most beloved memories of Bonnie here, so that the family and other loved ones can always see it. You can upload cherished photographs, or share your favorite stories, and can even comment on those shared by others.

Posted Sep 01, 2020 at 07:11pm
I’m so very sorry for your loss. Bonnie was just delightful and I loved her dearly. We shared many laughs and I treasure that. Know that my heart and prayers are with you all.
Pamela Fary
Comment Share
Share via:
CR

Posted Sep 01, 2020 at 05:21pm
Randy
Bonnie was a good woman and you should be very proud of her. My wife and I first met her while coming back to Crane from our honeymoon in April 1968. Wayne and I planned a fishing trip at Pandale. Bonnie and the children had a nice tent set up on the river while I left my wife to sleep in back of our 1967 Plymouth Sport Fury while Wayne and I walked down river all night. We caught lots of fish and enjoyed the company very much. Wayne was always very much in love with your mother. We enjoyed our time with her and Wayne.
May God Bless you and we know she is in a better place.
Charles And Jackie Smith
Comment Share
Share via: 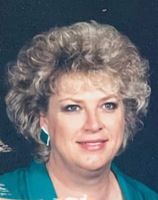