To share your memory on the wall of Bobby Moss, sign in using one of the following options:

From the time he was very young, until he was called home, he had to do things his own way. He would always be there if you needed him and would stop even for a stranger if he saw them in need. Once when he was very young, he saw an elderly man mowing his yard and asked his mother to stop the car so he could ask the man if he could finish mowing for him.

He was the laughter of the party and was always doing something to make others laugh.
Once his grandmother struggled to put a lid on a bowl so she asked Bobby to put it on for her, after he a moment he began to laugh and told her that “no wonder it won’t go on, it’s upside down”.
He was always quick witted and the only time he was at a loss for words was when he was talking with his daughter Ajah, who he had told to stop giving him “those looks” to which she replied, “ I’m not giving you any looks, I’m giving you the face you gave me”

Bobby never met a stranger and will truly be missed by so many, there will be a hole left that no one will be able to fill.
Those left to cherish his memory, are his three beautiful daughters, Ajah, Alyah and Arissa Moss, and their mother Jessica Diaz. His parents Robert Moss, and Roberda and Steve Lawrence. His sister Caroline and her husband Pete Montana. His step brothers Steven ( Jennifer ) Lawrence and Ryan ( Heather ) Lawrence. His grandmother, Carol Mann, and numerous Aunts, Uncles , Nieces, Nephews, Cousins and many, many friends.

He is preceded in death by his maternal Grandfather Donald Mann, his paternal Grandparents William (Bill) and Georgia Moss, his Uncle Paul Mann and his cousin that he felt was his brother, Joshua Smith.
Read Less

To send flowers to the family or plant a tree in memory of Bobby Gene Moss, please visit our Heartfelt Sympathies Store.

Receive notifications about information and event scheduling for Bobby

We encourage you to share your most beloved memories of Bobby here, so that the family and other loved ones can always see it. You can upload cherished photographs, or share your favorite stories, and can even comment on those shared by others.

Flowers were purchased for the family of Bobby Moss. Send Flowers

Sorry for your loss, Bob, you & your family will be in my thoughts & prayers. 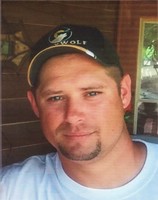