To share your memory on the wall of Barbara Dale, sign in using one of the following options:

Barbara was born on July 9, 1957, in Rankin, Texas. She had lived in McCamey most of her life, and she was a Baptist. Barbara enjoyed her pri... Read More
Barbara Crossland Dale, 62, of McCamey, passed away at her home on Monday, November 25, 2019.

Barbara was born on July 9, 1957, in Rankin, Texas. She had lived in McCamey most of her life, and she was a Baptist. Barbara enjoyed her privacy, crossword puzzles, and watching television.

She was preceded in death by her parents, Frank and Ida Crossland.

Private services will be held at a later date. Arrangements are under the care of Shaffer-Nichols Funeral Home.
Read Less

To send flowers to the family or plant a tree in memory of Barbara Crossland Dale, please visit our Heartfelt Sympathies Store.

Receive notifications about information and event scheduling for Barbara

There are no events scheduled. You can still show your support by sending flowers directly to the family, or planting a memorial tree in memory of Barbara Crossland Dale.
Visit the Heartfelt Sympathies Store

We encourage you to share your most beloved memories of Barbara here, so that the family and other loved ones can always see it. You can upload cherished photographs, or share your favorite stories, and can even comment on those shared by others.

Posted Nov 29, 2019 at 10:07am
Dear Ronnie & Norma - Please accept our sympathies for your loss; our thoughts and prayers are with you and your family.

Flowers were purchased for the family of Barbara Dale. Send Flowers 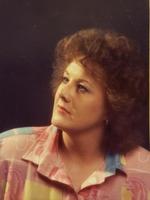