To share your memory on the wall of Arthur Lane, sign in using one of the following options:

To send flowers to the family or plant a tree in memory of Arthur (Jack) Lane Jr., please visit our Heartfelt Sympathies Store.

Receive notifications about information and event scheduling for Arthur

We encourage you to share your most beloved memories of Arthur here, so that the family and other loved ones can always see it. You can upload cherished photographs, or share your favorite stories, and can even comment on those shared by others.

Posted Aug 20, 2020 at 10:42pm
Jack was the best person he would help anyone in need believe me one time Dad told me to check the antifreeze in my pickup and of course I got off work at 11:30 p.m. and it was too cold and I was tired so I didnt because I had just had the water pump replaced so I thought they had to put new antifreeze in. Well long story short they didnt it was pure water and I called Jack and he told me to go to Lilley's pharmacy and buy some stuff called Sodium silicate or liquid glass and pour it in the radiator and then sell it fast lmbo. It worked and I sold it in 2 days lol. He helped me several times too.
Comment Share
Share via:
WF 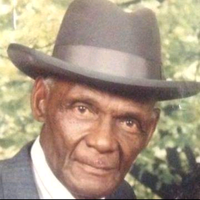