To share your memory on the wall of Alfredo Garza, sign in using one of the following options:

Funeral services will be held at 10am on Thursday, May 14, 2020 at Shaffer-Nichols Funeral Home and Chapel, with burial to follow at Crane Memorial Cemetery. All are welcome at the cemetery.

Freddy was born in San Antonio, Texas to Alfredo Zuniga Garza Jr. and Rosa Elva Molina Garza on December 4, 1971. A lifelong lover of the oilfield, fast cars, family, and food. Alfredo, who was also known as Freddy followed the oil at a very young age to provide for his family. Passionate about his job, Freddy moved up rather quickly, for he was a fast learner. He worked 17 years for Key Energy, then pursued other ventures within the oilfield. Freddy not only worked hard, but played harder. In his spare time he raced his 1969 Ford F-100 at Penwell, while his children who were his biggest fans, cheered from the sidelines.

He was never too busy to spend a Sunday with his “Jefe” cruising in the ’57, nor would he ever turn down a meal prepared by his “Jefa” any day of the week. Family BBQ’s were a regular occurrence, with him probably trying to take over the pit while being the center of attention with his loudness and antics. Also, if anyone knew him, they knew no food was right without a load of Tabasco sauce. Freddy, with his toothy grin was always willing to strike up a conversation with anyone he came across. One can rest assured an honest conversation and lots of laughter with Freddy being around.

There are many people who will remember him for his laugh, jokes and cowboy clothes. There was never a person he couldn’t make laugh and couldn’t piss off. He lived life to the fullest and life was one hell of a ride.

The family wishes to give our sincere thanks to those who have extended their love, support and prayers during this difficult time.
Read Less

To send flowers to the family or plant a tree in memory of Alfredo "Freddy" Molina Garza III, please visit our Heartfelt Sympathies Store.

Receive notifications about information and event scheduling for Alfredo

We encourage you to share your most beloved memories of Alfredo here, so that the family and other loved ones can always see it. You can upload cherished photographs, or share your favorite stories, and can even comment on those shared by others. 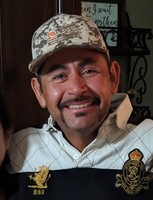 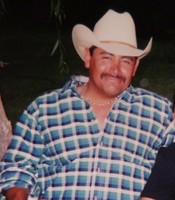